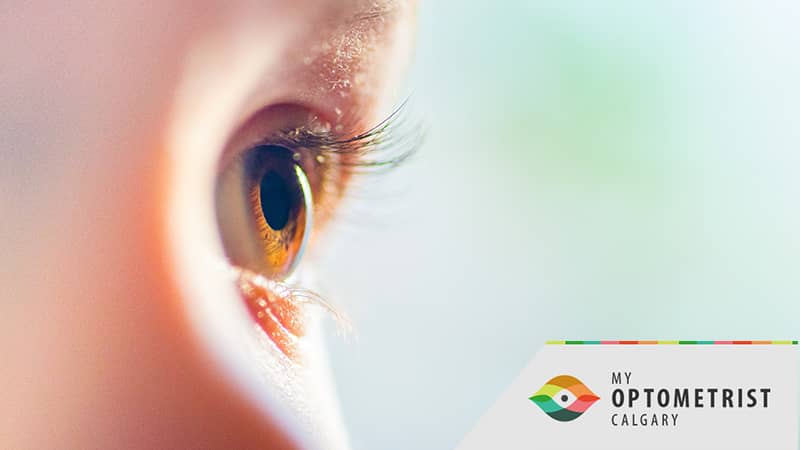 Glaucoma is a group of eye diseases that cause damage to the optic nerve, often through increased pressure within the eye. Untreated glaucoma can lead to permanent vision loss. There are several types of glaucoma and different categorizations. Glaucoma can be split into two main groups:

Childhood Glaucoma
While glaucoma typically develops in older adults, it can develop in children and can be classified based on the age of onset:

Signs And Symptoms
While glaucoma that develops later in life and juvenile glaucoma do not present symptoms until after damage to the optic nerve has begun, there are sometimes signs of congenital or infantile glaucoma. These can include:

Treatment
While the damage done by glaucoma cannot be reversed, there are treatments available to slow or halt the progression of glaucoma to save the remaining eyesight. Surgeries and medications (both oral medications and eye drops) can be used to reduce the intraocular pressure (IOP) of the eye and save the optic nerve from further damage. Despite these treatments, childhood glaucoma can still cause vision impairment. Early testing and continuous monitoring through children’s eye exams are necessary to minimize the damage caused by pediatric glaucoma.

While childhood glaucoma is rare, if it is not caught early it can cause severe visual impairment for a lifetime. Taking your child for a children’s eye exam with an experienced pediatric optometrist is crucial for the early detection and treatment of glaucoma and other childhood eye conditions. At My Optometrist in Calgary, our pediatric optometrists are available for glaucoma screenings and expert eye exams for both you and your little one. To receive glaucoma screening, book an eye exam at one of our three locations, either at Health First in SE Calgary, Sunridge in NE Calgary, or Three Hills, AB. You can also call us or fill out the online contact form.

Q: Is it common to develop glaucoma in childhood?
A: No, it is not. While it is possible and glaucoma screenings are necessary during children’s eye exams, childhood glaucoma only occurs in about every 1 in 10,000 births for those who do not have other eye conditions or have undergone eye surgery.

Q: When should my child go to the optometrist?
A: You should take your child for their first children’s eye exam when they are 6 months old. Another children’s eye exam is recommended again at 3 years old, and another at 5 years old. After that, it should be an annual routine. Once a person reaches young adulthood, at approximately 19 years of age, it may be advised to transition to bi-annual exams or as recommended by your optometrist.

Q: How do optometrists test for glaucoma?
A: Typically, optometrists use 5 different tests to determine glaucoma in adults:

Since various stages of childhood glaucoma develop before the child can effectively communicate, pediatric optometrists will rely on tests such as optical coherence tomography (OCT) scans so that they can observe within the eye instead of using tests that involve patient responses.